Kubernetes has some great helpers that allow us to drop a service in and satisfy most requirements for service discovery and loadbalancing. Service discovery out of the box will make a dns request through Kube-DNS. Kube-DNS is (soon to be coredns) a pod running dnsmasq with a custom integration to watch events straight off the Kubernetes api. Loadbalancing is provided out of the box by Kube-proxy. Which provides TCP stream balancing inside the cluster. There is an implementation using IPVS coming but that’s outside the scope of this intro. These two helpers provide a well rounded solution that fits many use cases but in some use cases the limits with these generic solutions are somewhat visible. This post will mainly go into swapping out Kube-proxy with other methods of discovering and load-balancing our requests. A later post will show how a system can get away from using Kube-DNS entirely

Let’s start with a quick kube101. Starting with a deployment (see the repo) that creates several backend pods. These pods provide a service that other deployments consume. In this case it’s a super boring non-cryptographic provider of random numbers. The quickest way to expose it is with a Service. Such as this one:

The kube-controller-manager sees this new service pop into existence in etcd and allocates a clusterIP1 and other labels that let kube-proxy and kube-dns find it.

kube-proxy running on each and every node sees a new service entry and ensures that new connections being made from that host go through a decision process that end up with the TCP stream going to a valid backend pod and finally (for this posts concerns) Kube-dns adds the rather spiffy rng-clusterip.$namespace.svc.cluster.local dns entry pointing to the clusterIP.

That’s it nice and understandable. Let’s make something to consume it. We’re using gRPC here so let’s go through a quick gRPC setup

You now have a gRPC connection that connects to the rng-clusterip service. It just works. There are some downsides though. Kube-proxy can only balance TCP streams. This results in long lived connections with multiple requests going over it (http with pipelining, http2 with the many streams, etc.) will only get routed to a single backend. Leaving work possibly unbalanced.

We can work around these limitations by removing kube-proxy from our dependencies. Of course there is no such thing as a perfect solution so will add different compromises and complexity.

We can remove kube-proxy by creating a headless service. A headless service by itself won’t help us much. It still has the problem with long lived connections not being balanced but now there’s the added benefit of when the pods providing the service change it has to rely on the DNS library. 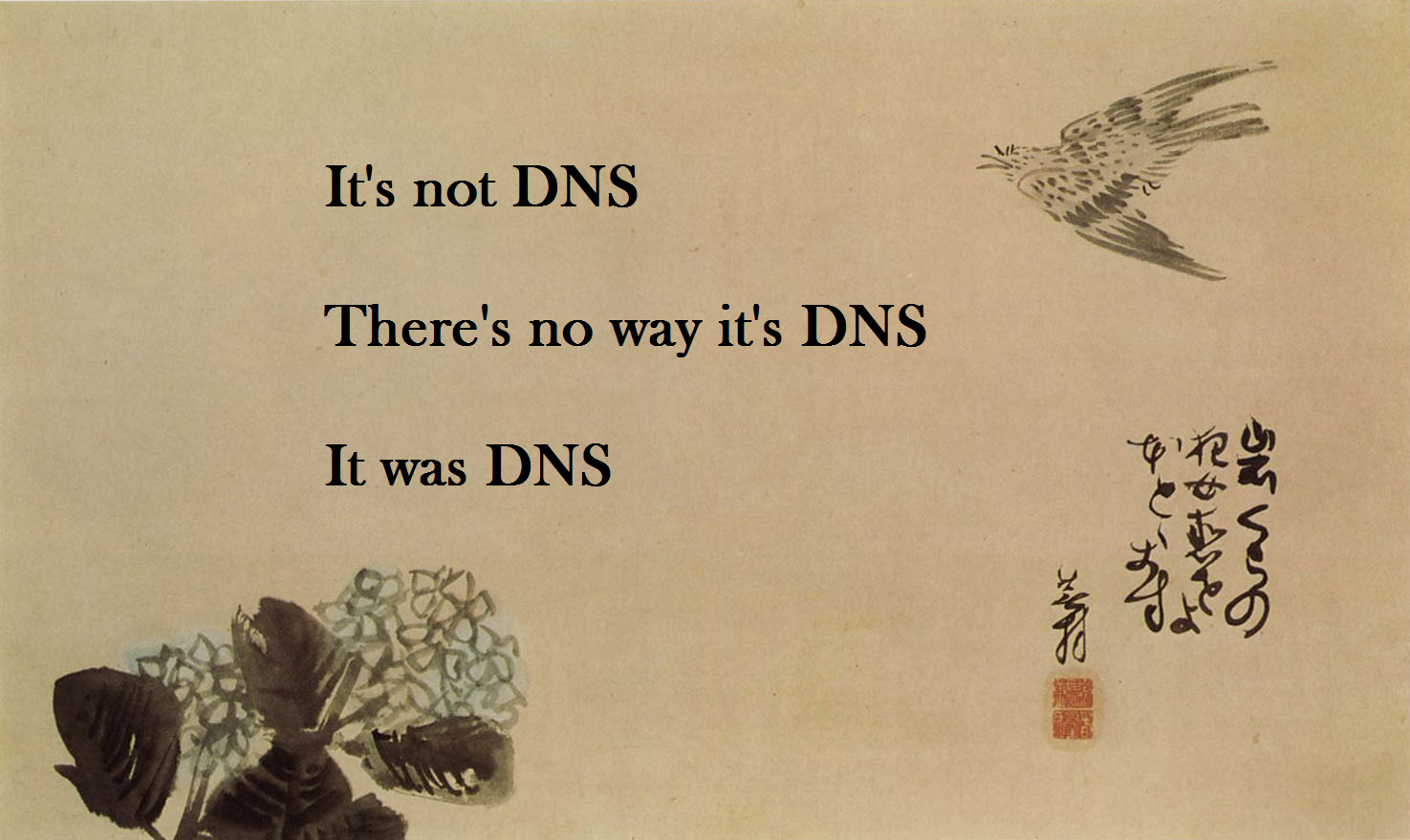 Kube-dns handles this a bit differently from the clusterIP service. Instead of a single A record it creates an A record for the rng-headless name for each of the backing pods. It also creates a full SRV(Service) record for each backing pod. Including port and protocol information for each named port. These SRV records are pretty damn awesome. The gRPC client side balancer uses these SRV records directly. You may have noted the port name above (grpclb). This allows the balancer resolver to identify the appropriate port to connect to and DNS name to look up. We don’t need to use this it just makes life easier.

Now Let’s take the gRPC connection from the clusterIP configuration and enable a dns based balancer. It’s super easy. With just a single dial option grpc.WithBalancerName(roundrobin.Name)4 and a slight change to the address

We could leave it here. Instead of a single task opening a single TCP connection. Processes open a TCP connection to every available backend. The gRPC resolver will periodically refresh the DNS entries and feed them into the gRPC balancer. This adds and removes connections as they come and go. Super shiny pretty much a solution that works for many many cases.

Unfortunately there are some downsides to this configuration. This balancer will be unsuited for sticky data. Roundrobining requests on a cache service will result some delightfully annoying side effects.

The default gRPC dns resolver used here also doesn’t make decisions on what to include. It just grabs everything. With this the balancer will open a connection each and every available backend. When there are only running 10s of clients and backends or just in a single region\zone this isn’t to bad. The growth in connections and background load of maintaining all these open connections can quickly get silly. Users may also find the latency for detecting changes in the DNS resolver limiting. By default the resolver only refreshes every 30 minutes 5. This might be a bit too long for users to wait when they are scaling up the backend service.

These two problems are both reasonably easily addressable. We can swap the balancer out for one that uses a consistent hash to decide on traffic routing. A later post will swap out the resolver for one that can connect directly to the kubernetes api and make decisions about which pods to pass to the balancer.

Consistent hashing is pretty shiny and while this post will go over how to do it here. the footnotes will have links to more info 6 7 8. Building a consistent hash is only part of the solution the code also has to satisfy the balancer.Builder and balancer.Picker interfaces for integration with the rest of the balancer code.

First up lets make a package, imports and pick a name. We’re limited to

Next let’s create the builder. The gRPC balancer works with two major components (That are considered in this set of posts) the balancer.Builder and the resolver. The resolver watches for changes in the backend connections and establishes a slice of all suitable backends. This is then passed through the base package methods to the balancer.Builder by the Build method.

Build gets a map of ready SubConns returns a picker.

Before going into the hashPicker let’s go through how the hashing works.

A node is the basic structure of our hash ring. We have the id (The connections address), hashID (Combination of address and replica hashed and stored as a uint32) and a pointer to a SubConn

A ring the core component in a consistent hash. It has a slice of pointers to nodes a count of it’s current size, a lock for science and the number of replicas that will be added for each new node. With only a single replica the nodes on the ring will be spread by unequal amounts due to the differences generated by the hashing algorithm. This unequal distribution and limited number of nodes results in two problems. First there will be an unequal distribution of work to the backends. Then there is the problem of node failures. In the event of a node failure all connections that go to that backend will get distributed to the next node along. As there was only one point they were coming to they all go to the same new destination. With many replicas added for each node the spacing between each node will be smaller and smoother. In the event of a node failure the greater number of replicas also results in a larger spread of nodes that the work gets distributed to smoothing out the jump in new work.

r.addNode is where ring construction happens. For each Address and SubConn pair it adds a number of nodes to the ring (hardcoded to 100 here). the hashID function hashes the identifying information of each node (address+replica) and is stored as an uint. This uint represents where in the ring the node should sit and used when the slice is sorted.

Once all the connections are in the sorted slice and attached to the hashPicker it is returned to the caller and can start being used. The Picker is a small struct that only needs two things.

When the Pick method is called and after some small sanity checks it gets the value from the request context. Casts it to a string and passes it to the get method which does most of the hardwork here.

The get method expects a string and returns a pointer to a node. Get uses the same hashID function as the earlier addNode but instead of adding it to the ring it wants to find where on the slice it should exist. This is done by using the sort.Search function to identify the appropriate index. This index identifies the appropriate SubConn to return. If it’s passed the end of the slice it will wrap around and return the first SubConn 6

And it’s done. While a ClusterIP service provides a bulletproof first implementation. The capabilities and benefits that are available by stepping past these helpers can easily justify the different complexity that are covered above. These patterns give a team the ability to implement a client side loadbalancing system not just in kuberentes (It was covered because I was lazy and already had minikube) but anywhere that can return a SRV record collection of backend services (or multiple A records but seriously just go all the way to SRV records). There are still limits to address. The resolver only refreshes every 30 minutes or on connection changes so scaling up a back end service won’t translate to more capacity for some time 5. The service may also need to make more intelligent decisions on routing the connections. The next post (which needs the demo code written before i can start to write the post.) should go into swapping out the resolver and adding these decisions.

I’ve occasionally run into people who modify and commit to a checked out build repoistory instead of making the changes on their workstation and pushing them in. I noticed that Galen Grover had a fairly neat solution to prevent himself committing to master (one I will probably copy for another workflow.)

So bored and on reddit reading about myki I guess it’s time to do some hypothetical over-engineering. First the challenge: that a reasonably well designed system could not handle frequent updates from the number of buses and trams in Melbourne (trains are a different question because updating the stations is easier and harder.) Goals: Reduce the time it takes to update the card balance. And some assumptions (some of which are there to make the maths easier for me some to over engineer and some because I just felt they were reasonable.

Kevin is a YAML engineer who occasionally writes Go. He’s been in opsy roles for almost a decade and has many derps to show for it. A firm believer in giving control, ownership and responsibility to the devs that build the things. He has opinions about being on call, vendoring, ops (they don’t have to suck) and wifi (sucks). You Can find him at the following places: Twitch Twitter Github LinkedIn What’s on?